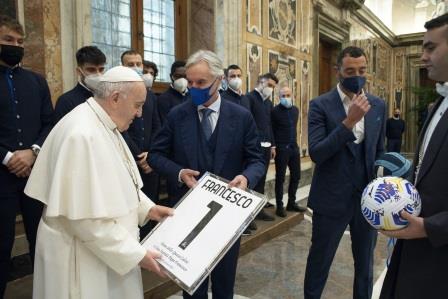 VATICAN CITY – Pope Francis, who is slated to visit Iraq in March condemned a twin suicide bombing that took place in a Baghdad market. The Pope called the attack that killed at least 32 a “senseless act of brutality”.

Francis is scheduled to make the first trip by a pope to Iraq on March 5-8, visiting Baghdad and four other towns.

In a message sent in his name to the Iraqi president, the pope gave no indication as to whether the bombing would affect his planned trip.

“In deploring this senseless act of brutality, he (the pope) prays for the deceased victims and their families, for the injured and for the emergency personnel in attendance,” the message said.

It said the pope hoped that Iraqi could continue to work to overcome violence with “fraternity, solidarity and peace.”