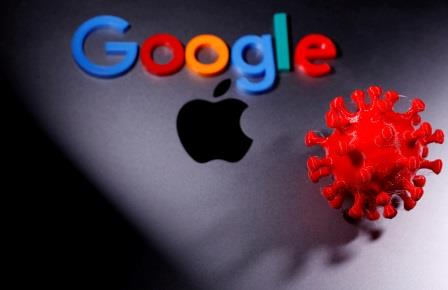 BRUSSELS (Reuters) – After his game encouraging compliance with government COVID-19 rules was rejected by Google and Apple, German app developer Florian Mueller filed a complaint with European Union’s antitrust authorities against the tech giants over their app policies.

Mueller has filed a similar complaint with the US Department of Justice and antitrust watchdogs in Germany, the Netherlands, Britain and Australia. He is also planning to file another in India next week.

The developer says the app rules set by the two US tech giants are holding back innovation, in breach of EU regulation, after both companies rejected his Corona Control Game app in November.

A number of developers challenged Google and Apple over their app policies, triggering calls for regulatory action, since nearly all the smartphones outside restricted markets such as China come with either Google’s Play store or Apple’s App Store.

In the United States, state attorneys general are planning a lawsuit against Google over its Play Store for Android phones following complaints.

In response to Mueller’s complaint Google said that it only approves apps that reference COVID-19 or related terms if they are published, commissioned, or authorized by an official government entity or public health organization.

Whether the EU’s antitrust enforcers decide to take up a case depends on the merits of the individual complaint and available resources.

Mueller’s complaint, says “The stated goal of ‘ensuring the credibility of health and safety information’ does not justify blanket rules based on authorship or merely the combination of a broad category and a topic”.

Mueller said that after modifying his app and renaming it Viral Days so that it was not specifically concerning coronavirus, he last month got approval from Google and Apple.

The complaint said the rules in place by Google and Apple were denying small app developers market opportunities and hampering them by unreasonably slowing down and complicating the delivery of pre-release app versions to testers.