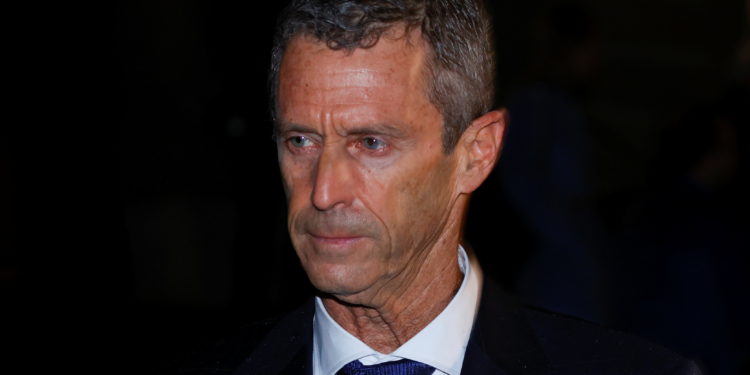 GENEVA (Switzerland) – In a landmark verdict a Swiss criminal court found Israeli businessman Beny Steinmetz guilty of corruption and forgery. In what is called one of the mining world’s most high profile legal cases,the court sentenced him to five years in jail with a sizeable fine, on Friday.

The ruling after a two-week trial is a blow for Steinmetz, a diamond trader, whose pursuit of the world’s richest uptapped deposits of iron ore put him at the centre of a battle that has triggered probes and litigation around the world.

Steinmetz said he would appeal the verdict, which also included a 50 million Swiss francs ($56.48 million) fine.

“It is a big injustice,” he told reporters in the courtyard of the Geneva courthouse.

Steinmetz and two others were accused of paying or arranging payment of $10 million in bribes between 2006 and 2010 to Mamadie Toure, whom prosecutors say was one of the wives of the former president Lansana Conte. This was done in order to obtain exploration permits for iron ore buried beneath the remote Simandou mountains of Guinea and of forging documents to cover it up through a web of shell companies and bank accounts.

All three defendants denied the charges.

Presiding judge Alexandra Banna said Steinmetz and his co-defendants had used fake accounts and attempted to have incriminating documents destroyed to hide their criminal behaviour.

Steinmetz, 64, a former Geneva resident who moved back to Israel in 2016, has in the past been ranked as a billionaire and one of Israel’s wealthiest men. Asked by the court to estimate his personal fortune, he said it was $50-80 million.