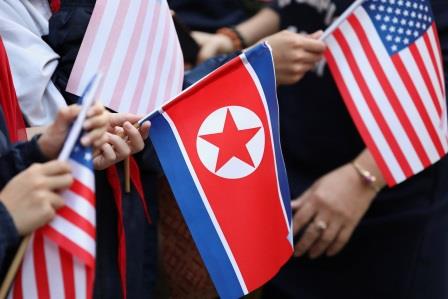 WASHINGTON (US) – As the new Biden administration says it will look for ways to bring Pyongyang back to talks, the top US intelligence officer for North Korea has warned that North Korea sees diplomacy only as a means to advance its nuclear weapons development.

President Joe Biden’s nominee for secretary of state, Antony Blinken, said the administration will look at ways to increase pressure on North Korea to return to the negotiating table.

White House spokeswoman Jen Psaki reiterated this on Friday, saying North Korea’s nuclear weapons were a serious threat to peace and Washington had a vital interest in deterring Pyongyang.

Sydney Seiler, the U.S. national intelligence officer for North Korea, told the Center for Strategic and International Studies think tank earlier that Pyongyang’s weapons development had been a consistent policy for 30 years.

“Every engagement in diplomacy has been designed to further the nuclear program, not to find a way out… I just urge people not to let the tactical ambiguity obstruct the strategic clarity about North Korea that we have,” he said.

“So we should not be overly encouraged if suddenly (North Korea leader Kim Jong Un) proposes dialogue tomorrow, nor should we be overly surprised, or discouraged, if there’s an ICBM (intercontinental ballistic missile) launch by Sunday.”

Seiler also said Pyongyang is not interested in the humanitarian aid, which Blinken said the United States should look at providing to North Korea if needed.

The force North Korea seeks to develop, while part aspirational and part years away, was far more than that needed by a country that simply wanted to be left alone, Seiler said, adding: “That is where the real risk of inaction comes in.”

Biden’s top Asia official, Kurt Campbell, has said the administration must decide its approach quickly and not repeat an Obama-era delay that led to “provocative” steps by Pyongyang that prevented engagement.