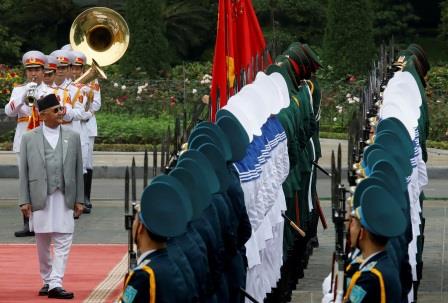 KATHMANDU (NEPAL) – After an abrupt move from Prime Minister KP Sharma Oli in December, to dissolve the parliament and call for an early general elections caused political uncertainty in Nepal, he was removed from the ruling Communist Part on Monday.

Despite the expulsion Oli continues to remain the Prime Minister.

Dozens of protesters had marched near Oli’s residence to oppose the parliament’s dissolution and clashed with police who used water cannons and canes to break up the rally. Though police officials said “only mild force” was used, witnesses said some protesters were injured in the clash.

Independent lawyers and Oli’s opponents have filed petitions against him as to whether the dissolution of parliament and calling for an early election was legitimate or unconstitutional. The country’s top court hearing these petitions is expected to deliver its verdict next month.

“We have expelled Oli from the party on the grounds that he was not following the party rules and was working against collective decision-making,” said Pampha Bhusal, a senior leader of the faction opposing Oli.

Surya Thapa, an aide to Oli, Oli was confident of a legal and political victory and that the expulsion held no political meaning.