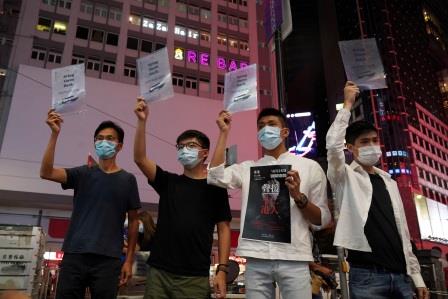 HONG KONG – As part of the political crackdown on opposition under the new national security law, the Hong Kong Police have obtained and are scrutinizing the financial records of pro-democracy activists.

According to six pro-democracy activists the police have obtained their bank records without their consent and questioned them about certain transactions after they were arrested earlier this month on suspicion of subversion under national security law.

The increasing use of bank records in questioning activists, shows police in the Chinese-run city are using the full extent of their powers to investigate people suspected of breaking the stringent security law which was introduced on June 30, said the six activists.

The number of requests for customers’ financial records by Hong Kong police has more than doubled over the past six months or so, said a source at a major retail bank in Hong Kong .

Banks in Hong Kong are left with little choice but to comply with police requests “The aggrieved party can go to the court if they think their accounts were frozen or their transaction details were shared for wrong reasons, but there’s very little we can do here,” said a source.

A spokeswoman for the Hong Kong Monetary Authority, which regulates the banking sector, said: “Financial institutions are expected to cooperate with (law enforcement agencies) on investigations and law enforcement actions.”