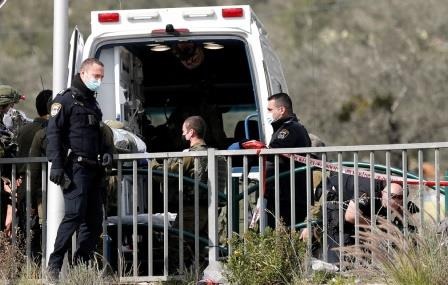 JERUSALEM (ISRAEL) – An Israeli military commander gunned down a Palestinian man who tried to stab soldiers on duty in the occupied West Bank on Tuesday.
The Palestinian attempted to stab soldiers at a junction south of Nablus in the West Bank, said the military in a statement.
Israeli troops stationed at a nearby post saw the suspected assailant who tried to stab two IDF personnel on duty at the junction.
“One of the soldiers blocked the assailant’s multiple stabbing attacks, and the commander of the troops who was at the scene fired towards the assailant and neutralised him,” said the statement issued by the military.
The identity of the attacker is yet to be ascertained.