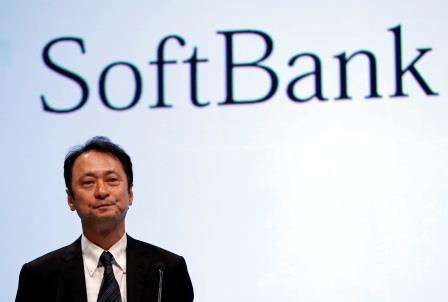 Miyakawa takes the helm as the industry faces unprecedented political pressure to cut fees, potentially eating into fat margins in its core business.

SoftBank Corp has been deliberating the move for nearly two years now. The group has been stressing on the need to pass on the reigns to future generations.

The son of a Buddhist priest, 55-year-old Miyakawa is a technical genius taking forward projects including the wireless carrier’s 5G build-out. He replaces 71-year-old Ken Miyauchi, a key lieutenant of Son, who took up the post in 2015.

The move will likely lead to speculation over SoftBank Group CEO Masayoshi Son’s own succession plans. The 63-year-old billionaire abandoned a previous plan to hand over the reins and went on to launch the $100 billion Vision Fund.

SoftBank is hoping to venture into more than just selling mobile and broadband subscriptions. The group is integrating a hodgepodge of companies including online fashion retailer Zozo and message app operator Line Corp into internet business Z Holdings.

Known for blue sky thinking including mulling the idea of making cars, Miyakawa’s pet projects include an attempt to deliver broadband via drones.