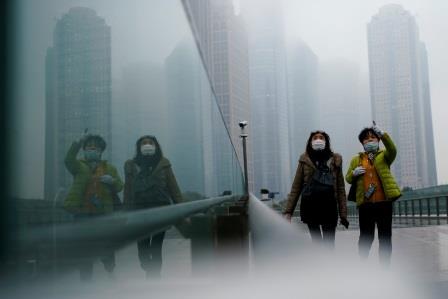 People from low-risk areas in China arriving between Jan. 28 and March 15 must show negative results for COVID-19 tests taken within seven days before entry, Xu Hejian, spokesman of the Beijing city government, said on Wednesday.

Visitors from areas of high- or medium-risk areas where infections have been found, or from cities that are under lockdown, are not to enter Beijing, according to existing rules.

After arrival, travellers who are allowed in must monitor their health for signs of infection for 14 days, though they will be allowed to move freely, and COVID-19 tests will also be performed on the seventh and 14th day, Xu told reporters.

The tighter measures come even as mainland China recorded its lowest daily increase in COVID-19 cases in more than two weeks.

The curbs will also overlap with the start of China’s annual parliamentary meeting in Beijing on March 5.

Earlier on Wednesday, the National Health Commission said 75 new confirmed cases were reported in mainland China on Jan. 26, down from 82 a day earlier.

That was the lowest single-day rise since Jan. 11, suggesting aggressive measures implemented to curb a resurgence of the disease are working.

Fifty-five of the new cases were local transmissions, with the remaining 20 classified as imported cases.

Authorities across the country have rolled out measures including home quarantine, travel curbs and mass testing in a bid to contain the disease ahead of the Lunar New Year holiday in February, when hundreds of millions of people usually travel.

Government officials have repeatedly urged people to refrain from taking unnecessary trips and stay put during the holiday break. Those who press on with their trips must present a negative COVID-19 nucleic acid test result taken seven days before returning home.

New asymptomatic cases, which China does not classify as confirmed cases, rose to 61 from 57 a day earlier.

The total number of confirmed COVID-19 cases in Mainland China now stands at 89,272. The death toll remains at 4,636.