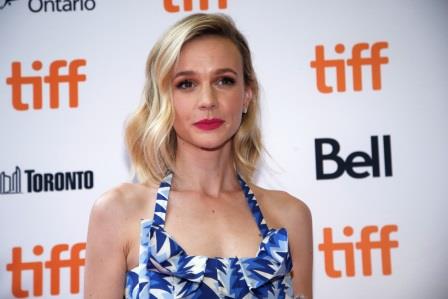 Carey Mulligan helps unearth a trove of ancient treasures in “The Dig” but one excavation stunt terrified the actor during filming – ensuring co-star Ralph Fiennes did not suffocate while buried in mud.

Based on the book by John Preston, the Netflix film, released on Friday, recounts the 1939 Sutton Hoo archaeological discovery, described by Britain’s National Trust as a find that “would revolutionise our understanding of early England”.

Set at the onset of World War Two, it follows Edith Pretty, a widowed landowner in the eastern county of Suffolk, as she employs amateur archaeologist Basil Brown, played by Fiennes, to excavate mounds on her property both suspect are Viking burial grounds.

Instead, Brown unearthed the shape of a 27-metre long Anglo-Saxon ship with a burial chamber filled with treasures.

Mulligan, known for “Far From the Madding Crowd” and “The Great Gatsby”, said she had not been looking for another period drama role but was moved by the script and keen to work with “Schindler’s List” actor Fiennes.

That came with great responsibility. In one scene, Brown is buried under thick mud when a trench he is excavating collapses. Pretty, played by Mulligan, uses her bare hands to dig him out.

“(I felt) terror. Ralph didn’t want to use a stuntman, which I totally get, but it just did leave me with the terrible task of trying to stop him from suffocating,” Mulligan told in an interview.

“I was in charge of his face. I felt like if I’d been in charge of any other part of his body, I would have been fine. But I kept on saying to (director) Simon (Stone), please don’t put me in charge of his mouth … I’m going to mess it up and he’s not going to be able to breathe. So it was really stressful.”

Adding a sense of authenticity, Stone asked the crew to bury mock-up treasures to replicate the excitement around the original discovery.

Fiennes actually unearthed some medieval pottery while digging on set outside London.

“It was like a bit of clay,” he said, adding he hoped audiences would be inspired by the film’s small details.

“We live in a world of mass production … some of these (Sutton Hoo) treasures … are stunning pieces of craftsmanship. And that is a cause for wonder.”