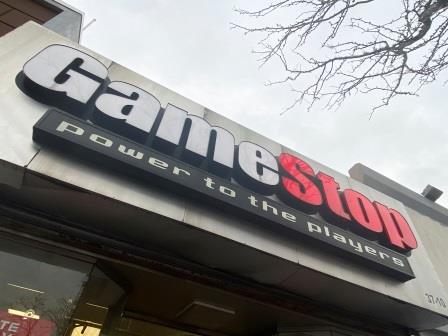 After Wall Street professionals were routed by massive group of retail investors in the recent days, they were in for an unexpected blow on Thursday, after online brokerages restricted purchases of GameStop and other stocks that had soared this week.

After Robinhood Markets Inc and Interactive Brokers said they planned to lift the restrictions on Friday, shares rebounded in after hours trading, resuming their advances.

Retail investors, celebrities and policymakers had denounced Thursday’s restrictions and participants in online forums seethed, accusing the trading platforms of seeking to protect Wall Street’s interests at the expense of smaller investors.

“Robin Hood: a parable about stealing from the rich to give to the poor. Robinhood: an app about protecting the rich from being short squeezed by the poor,” Jake Chervinsky, a lawyer for fintech company Compound, wrote on Twitter.

Robinhood reversed course by the end of the day and said limited buying in the stocks would resume on Friday. Shares of retail favorites including GameStop and AMC Entertainment, which erased an early surge on news of the restrictions then rose after hours.

“In order to protect the firm and protect our customers we had to limit buying in these stocks,” Robinhood chief executive Vlad Tenev said in an interview with CNBC. “We absolutely did not do this at the direction of any market-maker or any hedge fund or anyone we route to or other market participants.”

Robinhood has drawn down some of its credit lines with banks, tapping at least several hundred million dollars from lenders including JP Morgan Chase and Co and Goldman Sachs Group Inc, media reported citing sources.

The firm said in a blog post earlier that volatility affected its obligations to hold capital and clearinghouse deposits. But Tenev said there was no liquidity crisis.

The buying restrictions, and their partial reversal, marked a turn in a battle that many have framed as a showdown between hedge funds and other institutions against retail investors.

Until Thursday, it appeared retail traders had the upper hand. Coordinating on forums such as Reddit’s ‘Wallstreetbets’, the small investors forced hedge funds to unwind short positions that had bet on the decline of shares in companies such as GameStop and American Airlines. That activity resulted in a short squeeze that sent the shares soaring.

GameStop, the video game retailer whose 1,700% rally has been at the heart of the slugfest in the past week, initially rallied to more than $480 a share on Thursday, Refinitiv data showed. It closed down around 44% at $193.60

AMC’s value was cut by nearly half and Koss Corp dropped by around a third.

“The Robinhood ban on those stocks have put a pretty good end to (the rally),” said Dennis Dick, proprietary trader at Bright Trading LLC in Las Vegas. “Everybody’s trying to hit the exit button at the same time.”

SOME BUYING TO RESUME FRIDAY

Citing market volatility and the need to keep investors informed, Robinhood, based in Menlo Park, California, said it was halting buying of viral stocks and raising margin requirements for certain securities.

Robinhood said later that it planned to allow limited purchases of these securities starting Friday.

Some users complained on Twitter that Robinhood had notified them that it was selling their shares, without their consent. Robinhood is yet to release a statement to clarify the claim.

With the pandemic restriction, home-bound consumers took to online trading and Robinhood saw business boom during the period. The app now counts more than 13 million users. Social media chatrooms are beginning to resemble the squawk boxes on trading floors as a new generation of retail traders gains influence.

US Senator Sherrod Brown, incoming Democratic chairman of the Senate Banking and Housing Committee, said he will hold a hearing on the current state of the stock market.

“People on Wall Street only care about the rules when they’re the ones getting hurt,” Brown said in a statement.

Before its retreat, GameStop briefly became the biggest stock in the Russell 2000 index of small caps, according to Zerohedge. Lawmakers from both main parties in Congress, including Democrat Alexandria Ocasio-Cortez and Republican Ted Cruz, criticized the decision by Robinhood to restrict retail trading. Robinhood did not respond to requests for comment.

Short-sellers are sitting on estimated losses of $71 billion from positions in U.S. companies this year, data from analytics firm Ortex showed.

Long derided by market professionals as “dumb money,” the pack of retail traders, some of them former bankers working for themselves, has become an increasingly powerful force worth 20% of equity orders last year, UBS data showed.