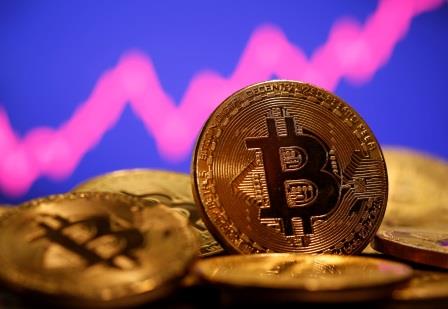 LONDON (UK) – A “#bitcoin” tag on Elon Musk’s Twitter profile page led to a 14% jump in the cryptocurrency on Friday, the latest in a series of market moves triggered by comments on his social media account. Riding on Musk’s tag, crypto was up 10.2% to $36,901 by 1505 GMT on Friday.

Those trading stocks today have an eye on the Twitter handle of the world’s richest person – Elon Musk. This comes amid the rising prominence of the’WallStreetBets’ Reddit chat room that drove skyrocketing gains for GameStop shares.

That forum grabbed Musk’s attention too when he tweeted “Gamestonk!!” on Tuesday, along with a link to the Reddit stock trading discussion group behind the year-to-date 2,500%-plus rally in the video game retailer.

“Stonks” is a tongue-in-cheek term for stocks widely used on social media. His supporters in the Reddit forum affectionately refer to him as “Papa Musk.”

Justifiably, his tweets led to surges in other stocks too.

Shares of his own firm Tesla dipped 1.2% this week after a rally of nearly 700% over the last year.

The cryptocurrency jumped over 300% last year, as bigger U.S. investors and corporations sought exposure to it, and touched an all-time high of $42,000 last month.

In December, Musk asked about the possibility of converting “large transactions” of Tesla’s balance sheet into bitcoin, in a Twitter exchange with a well-known advocate for the digital currency.

“That would be a very big deal,” said Christopher Bendiksen of digital asset manager CoinShares on Friday.

The Bridgewater Associates founder wrote on Thursday that the cryptocurrency was “one hell of an invention,” adding that he viewed it as a “gold-like alternative asset.”

Smaller cryptocurrencies including ethereum and XRP that tend to move in tandem with bitcoin also jumped, as much as 5% and 8% respectively.