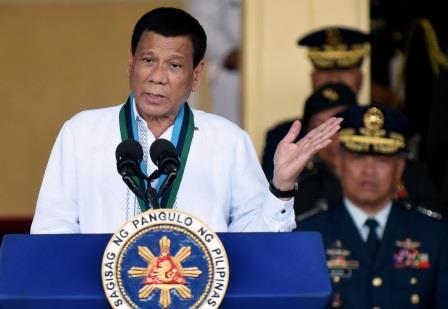 MANILA (PHILIPPINES) – Philippine President Rodrigo Duterte has passed a law to strengthen regulations against anti-money laundering and terrorist financing, on Friday, ahead of a Feb. 1 deadline set by a global financial watchdog.

The move was made to avoid returning to a Financial Action Task Force “grey list” which could affect foreign investment and make remittances from millions of Filipinos overseas, which powers domestic consumer spending, subject to stricter scrutiny and monitoring.

The new law allows Anti-Money Laundering Council (AMLC) to expand it’s power to impose targeted financial sanctions against the proliferation of weapons of mass destruction and its financing. It also allows the council to apply for court summons, and search and seizure warrants.

“Consistent with its foreign policy, the state shall extend cooperation in transnational investigations and prosecutions of persons involved in money laundering activities wherever committed,” the legislation says.

The AMLC will also be able to scrutinise transactions involving Philippine-based online casino operators, which employ thousands of mainland Chinese workers, and real-estate firms and brokers engaging in single cash transactions worth more than 7.5 million pesos ($160,000).

The Financial Action Task Force, a Paris-based inter-governmental agency, grey-listed the Philippines in 2000 for failing to address money-laundering issues. It was removed from the list in 2005 after amending its law.

The agency gave the Philippines until Feb. 1 to strengthen its law on anti-money laundering, extending its original deadline of October 2020 because of the coronavirus pandemic.