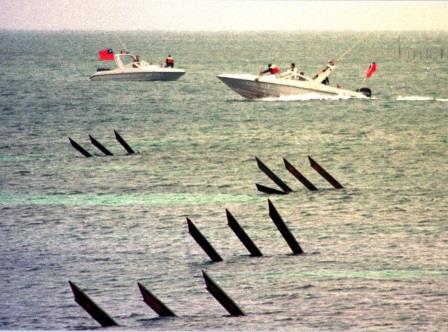 Tensions were rife over the last week or so after Taiwan reported multiple Chinese fighters and bombers flying into the zone in South China sea. These activities coincided with a US aircraft carrier group entering the South China Sea, which the US military claims was a routine deployment.

It added that a US reconnaissance aircraft was also present in the same southwestern part of the defence zone, but neither named the aircraft type nor provided details of its flight path, which it does for all Chinese flights.

It was the first time Taiwan had mentioned the presence of a US aircraft since it began near daily reports of Chinese activity in its defence zone in mid-September.

China toughened its language towards Taiwan last week, warning after its stepped up military activities that “independence means war” and that its armed forces were acting in response to provocation and foreign interference.