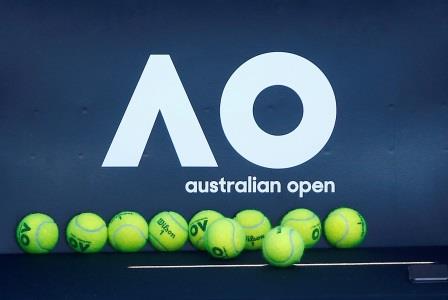 SYDNEY (AUSTRALIA) – While a vast majority of the more than 1,000 players and their entourages have come out of quarantine on Saturday, the Australian Open quarantine facilities are still holding 15 people, including one player and two others who tested positive for COVID-19 in their lockdown.

Those players who have completed quarantine have started preparing for the Grand Slam, informed Melbourne health authorities,on Sunday.

Spain’s Paula Badosa was the only player to have confirmed that she tested positive for COVID-19 in Melbourne, restarting the clock on her mandatory period of isolation.

Victoria on Sunday reported no local transmission of the virus for the 29th straight day and Australian Open tournament chief Craig Tiley said the priority for his organisation remained the health of the local community.

“No one is coming out of quarantine unless it is absolutely proved that they are not incubating the virus,” he said on ABC TV on Sunday.

“They’ve had a test every day, there’s no quarantine process in the world that has been as rigid as this one.

“The players are in the community, and they are like us, and we have to keep practising the health protocols to keep us safe.”

Tiley, who managed to defuse that criticism with long daily calls with the players, said there had been some unusual requests from athletes in lockdown.

“The most bizarre request was for a kitten but then we explained that there was a correlation between the coronavirus and kittens so that one went away,” he laughed.

“There was someone who asked if there was a chance of getting some animals indigenous to Australia (and) there were a few times I wouldn’t have minded having a boxing kangaroo in there.”

We’ll never ask for athletes to be given COVID shot first : IOC

We'll never ask for athletes to be given COVID shot first : IOC