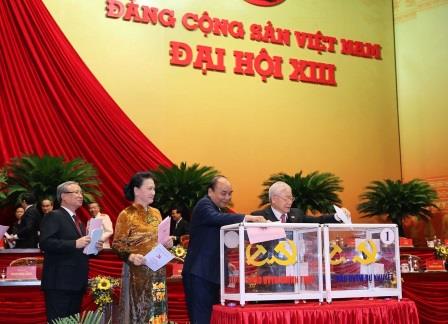 HANOI (VIETNAM) – The ruling Communist party has relected 76 year old chief Nguyen Phu Trong for a rare third five-year term, on Sunday. With this he becomes the country’s longest-serving leaders for decades.

“Comrade Nguyen Phu Trong was elected to be the General Secretary of the Central Committee of the Communist Party of Vietnam, term XIII,” the official Vietnam News Agency (VNA) reported.

Trong was re-elected as party general secretary at a five-yearly party congress in Hanoi, which was attended by 1,600 party delegates from across Vietnam.The meeting which is concluding after eight days was mostly held behind closed doors.

Trong, who emerged on top in a power struggle at the last congress in 2016 was granted an exception to party rules which say people over the age of 65 should retire, after he led a “blazing furnace” crackdown on corruption in the last five years.