We’ll never ask for athletes to be given COVID shot first : IOC 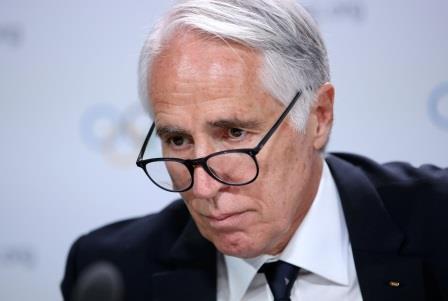 International Olympic Committee (IOC) President Thomas Bach said on Wednesday that the organisation did not favour athletes “jumping the queue” for vaccines, a view supported by CONI President Giovanni Malago in an interview.

“We already know there are many countries where national athletes are about to be vaccinated,” he said.

“We will never ask for this and we don’t want it either. An elderly person has their sacred right to be vaccinated before a 20-year-old athlete is.

“The athlete is forced to move around: they don’t participate in gatherings, they go through airports, changing rooms, competitions, contacts, to defend the Italian flag. Politics needs to make this assessment, not sport.”

Inoculations for athletes in Hungary and Serbia began on Friday, while Israel’s Olympic Committee said it had already vaccinated half its Olympic delegation and would complete the process by the end of May.

Like many European countries, Italy is now grappling with broad vaccine delays, at least temporarily, as all Western vaccine makers with approved shots – Moderna, Pfizer and its German partner BioNtech, and AstraZeneca — fall behind their initial delivery targets.