Russia – Prosecutors back jail term for Navalny, Kremlin tells US to back off 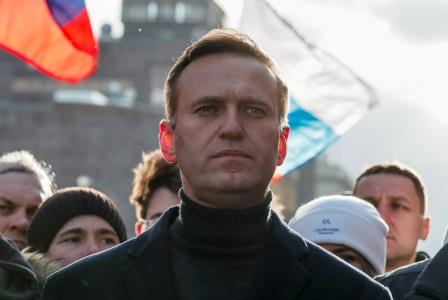 MOSCOW (RUSSIA) – Russian state prosecutors have said they would support any efforts to jail opposition politician Alexei Navalny for up to three and a half years at a court hearing on Tuesday. Kremlin has said it would not consider US complaints about his case.

The massive protests that took over Russia in support of Navalny, was broken up by polive on Sunday. More than 5,300 people were detained in a massive show of force.

US Secretary of State Antony Blinken was prompted to condemn the brutality, which he said was the persistent use of harsh tactics against peaceful protesters and journalists. He had also called for Navalny’s release.

Kremlin spokesman Dmitry Peskov said on Monday that Moscow would ignore Blinken’s comments about what he said were illegal protests inside Russia and warned against Washington imposing any new sanctions.

“…We are not prepared to accept or heed American statements about this,” said Peskov.

A court on Tuesday is set to consider a request from Moscow’s prison service to hand Navalny a jail term of up to three and a half years for alleged parole violations which he calls trumped up.

The Prosecutor General’s office said on Monday that the request was legal and justified and that state prosecutors would ask a court to grant the prison service’s request.

Sunday’s nationwide rallies, held for a second straight weekend, drew an angry response from the Kremlin.

Peskov, the Kremlin spokesman, on Monday said a large number of “hooligans and provocateurs” had been present who he accused of acting aggressively towards the police.

“There can be no conversation with hooligans and provocateurs, the law should be applied with the utmost severity,” Peskov told reporters.

Pavel Chikov, a lawyer and rights advocate, said police had opened 40 criminal cases in 18 different regions related to the two weekends of protests.

Navalny’s allies have called on supporters to gather outside the Moscow court on Tuesday during his hearing, something the authorities are certain to characterise as an illegal protest.