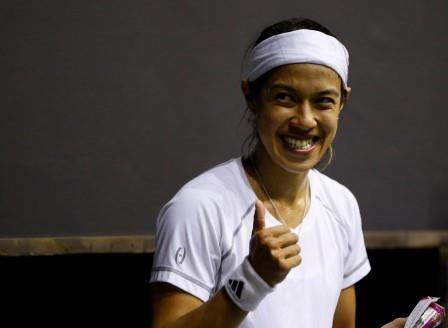 LONDON (UK) – Squash superstar Nicol David has been named the World Games Greatest Athlete of All Time. Winning the accolade on Monday the Malaysian said she hoped the award would help to boost the profile of a sport that is quite unpopular.

“Hopefully it can elevate attention for the future of squash,” David said as the sport — already part of the Commonwealth Games and Asian Games — now eyes inclusion in the Paris Olympics in 2024.

David has been the face of a campaign to admit squash to the Olympics, but to no avail. She had to watch sports including rugby sevens, climbing, karate, surfing and skateboarding gain the stamp of approval ahead of it.

Athletes on the shortlist came from sports including lifesaving, sumo, dancesport and racquetball.

The World Games take place every four years — a year after the Summer Olympic Games — and feature athletes, sports and disciplines that are not part of the Olympics.