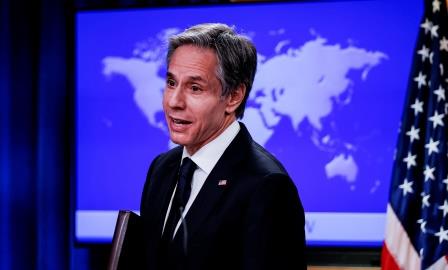 JERUSALEM (ISRAEL) – The Israeli energy minister said on Tuesday it would require six months for Iran to produce enough fissile material for a single nuclear weapon. This timeline is twice as long as that anticipated by a senior member of the Joe Biden administration in the US.

Tel Aviv is wary of the new administration’s intention to reenter the 2015 Iranian nuclear deal and has long opposed the pact. The US argues that the withdrawal of the earlier administration of President Donald Trump from the deal backfired by spurring Iran to abandon caps on nuclear activities.

Last month, a day before he assumed office as US secretary of state, Antony Blinken said that the so-called “breakout time” – in which Iran might bolster enrichment of uranium to bomb-fuel purity – “has gone from beyond a year (under the deal) to about three or four months”.

“In terms of enrichment, they (Iranians) are in a situation of breaking out in around half a year if they do everything required,” he told public broadcaster Kan. “As for nuclear weaponry, the range is around one or two years.”

Iran, which denies that it is seeking nuclear weapons, recently expedited its breaches of the pact, which it began to violate in 2019 after the withdrawal of the US and the reimposition of sanctions.

As per the last quarterly estimates by the UN nuclear watchdog in November, Iran’s stock of enriched uranium had gone up to 2.4 tonnes, more than 10 times the amount allowed under the deal.