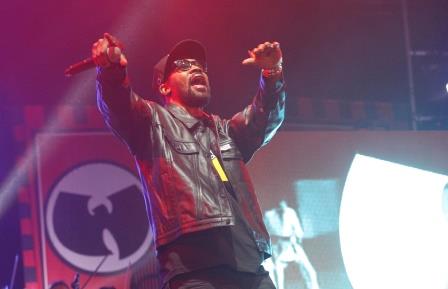 BEIJING (CHINA) – After China lodged a complaint over a diplomat’s order of a customised T-shirt sporting the word ‘Wuhan’, the Chinese city where the coronavirus first surfaced, over the logo of hip-hop group Wu-Tang Clan, Canada tendered an apology and said it regretted the ‘misunderstanding’.

The emblem of the US-based band is a stylised ‘W’. Reports of the T-shirt order on social media platforms such as Weibo described it as showing a bat without mentioning Wu-Tang Clan. Many scientists believe bats carried the coronavirus before it infected humans.

“We are very shocked by this and have lodged representations with Canada, asking for a thorough investigation and a clear explanation,” said Chinese foreign ministry spokesman Wang Wenbin during a media briefing on Monday, adding that the virus should not be linked to specific nations or regions.

Beijing is ultra-sensitive with regard to the source of the virus.

“The T-shirt logo designed by a member of the Embassy shows a stylized W, and is not intended to represent a bat. It was created for the team of Embassy staff working on repatriation of Canadians from Wuhan in early 2020,” said a spokesperson of the Canadian foreign service. “We regret the misunderstanding.”

Ties between both nations have been soured since 2018 when China arrested two Canadians and charged them with espionage. This came after Canadian authorities arrested Huawei Technologies Co Ltd’s chief financial officer, Meng Wanzhou on a US warrant.