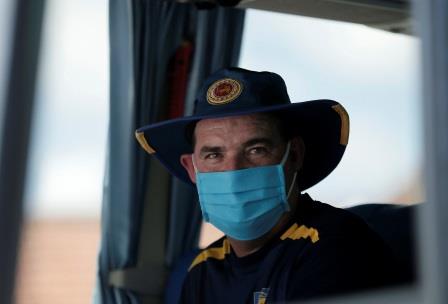 Tests were carried out on the provisional 36-man squad on Tuesday ahead of the series in the Caribbean that was scheduled to start on Feb. 20.

“Immediately upon identification, both Mickey Arthur and Lahiru Thirimanne have been directed to follow the government’s health protocol laid out on COVID-19,” the SLC said in a statement.

“Considering the current situation, SLC is exploring the possibility of rescheduling the Tour of West Indies, which was scheduled to commence on Feb. 20, 2021.”

Thirimanne said on Twitter that he had “zero symptoms”.

Last month Sri Lanka played a two-match test series against England at home which they lost 2-0.