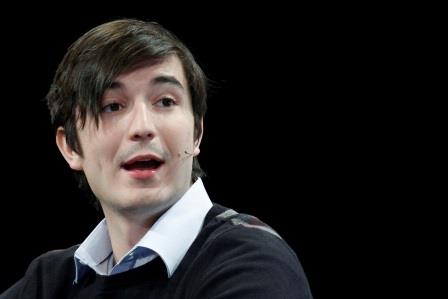 An unexpected chat between tech billionaire Elon Musk and Robinhood CEO Vlad Tenev on the new Clubhouse app has helped propel it to the top of the startup charts and has triggered a scramble for invitations to the exclusive service.

The interaction between the two entrepreneurs on the audio-based platform this Sunday came amid mounting interest in any news surrounding Robinhood, the online brokerage that is caught up in the stockmarket battle between retail investors and big Wall Street funds.

Demand for invitations to Clubhouse which is just less than a year old service has skyrocketed. Members get to invite a limited number of friends during its pre-launch period, a market for them has grown on platforms like Reddit, eBay, and Craigslist.

In China, invitations are being sold on Alibaba’s second-hand market place Idle Fish, even though Clubhouse isn’t available in Apple’s app store in that country. In Japan, investors, tech workers and the media have swarmed the service.

As of Tuesday, data analytics firm Sensor Tower said there were about 3.6 million installs worldwide for the app–only available on Apple’s iPhone–with 1.1 million of them coming in the last six days.

Investors were so eager for a piece of the action that they pushed up shares in Clubhouse Media Group, a completely unrelated stock, by 117%.

The San Francisco-based company’s latest round of financing in Jan. 24 valued the company at $1 billion, said a source. The funding was led by Andreessen Horowitz, a leading Silicon Valley venture capital firm.

Clubhouse is being criticised for the closed-door nature of chats like the one between Musk and Tenev. Their chat took place on a regular Clubhouse event called “The Good Time Show.”

Jessica Lessin, editor-in-chief of tech news outlet The Information tweeted that Marc Andreessen, a founding partner of Andreessen Horowitz, which also backs Robinhood, had blocked many reporters from listening in on Musk’s talk.

However, Clubhouse CEO Paul Davidson told Bloomberg TV on Monday event hosts could choose who is allowed to listen, underscoring concerns about the clubby nature of the app.

Clubhouse aspires to make the app widely available, and foresees business opportunities in subscriptions or tickets to events like the one Musk starred in.