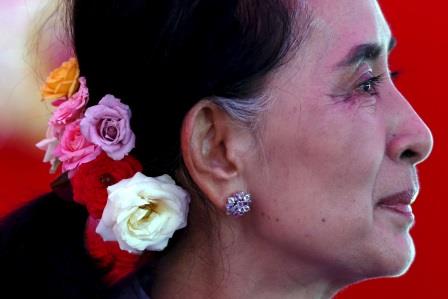 Accusations leveled against 75-year-old Nobel laureate Suu Kyi said walkie-talkie radios had been found in a search of her home in the capital, Naypyidaw. It said the radios were imported illegally and used without permission.

Myanmar’s army seized power on Monday, detaining Nobel laureate Suu Kyi and cutting short a transition to democracy in a takeover that has drawn condemnation from the United States and other Western countries.

Suu Kyi’s National League for Democracy (NLD) party said earlier in a statement that its offices had been raided in several regions and urged authorities to stop what it called unlawful acts after its victory in a Nov. 8 election.

Army chief Min Aung Hlaing seized power on the grounds of fraud in a Nov. 8 election, which the NLD won in a landslide. The electoral commission had said the vote was fair.