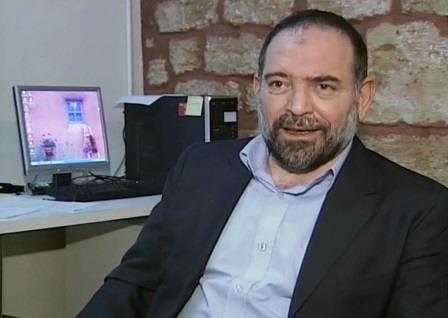 Lokman Slim, an activist and publisher who ran a research centre, speaks during an interview, in a still image taken from Reuters TV footage shot on February 2, 2009, in Beirut, Lebanon. Reuters TV/via REUTERS

BEIRUT (LEBANON) – A prominent Lebanese Shi’ite publisher and activist, Lokman Slim, who criticized Iran-backed Hezbollah was found shot dead in a car in southern Lebanon on Thursday. Authorities have said the motive was not immediately clear.

A judge following the case said the activists body was found with four bullets in the head and one in the back, in the first such killing of a known activist in years. A security source said Slim’s phone was found earlier on the side of a road.

Slim, in his late 50s, was a leading Shi’ite voice who spoke against what he saw as Hezbollah’s intimidation tactics and accused them of intolerance of other political views.

He was last seen after leaving the house of a friend last night. His family said he went missing overnight. His wife tweeted that he was not answering his phone.

Lebanon’s caretaker interior minister told local media Slim died in “a terrifying crime” and has vowed to pursue the case, which he called “an assassination”.

“What a big loss. And they lost a noble enemy too…It’s rare for someone to argue with them and live among them with respect,” his sister Rasha told reporters on Thursday.

She said he had not spoken of any recent threats and tried to keep his family from worrying.

“Killing is the only language they are fluent in,” she said. “I don’t know how we will go on with our work…It will be hard.”

His criticism of Hezbollah faced rebuke from supporters of the heavily armed movement, who sometimes called him “an embassy Shi’ite,” accusing him of being a tool of the United States.