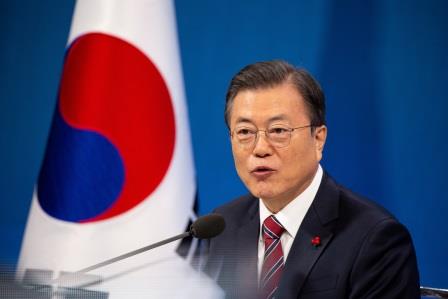 SEOUL (SOUTH KOREA) – In a phone call with US President Joe Biden on Thursday, President Moon Jae-in pledged to upgrade the country’s relations with the United States and prepare a comprehensive North Korea strategy.

The call comes as Moon faces the challenge to get the stalled talks between Washington and Pyongyang back on track.

“President Biden appraised the efforts of South Korea, the key country involved to resolve the issue on the Korean Peninsula,… and said will work closely with the South towards a common goal,” Kang said.

The White House said in a statement that Biden stressed his commitment to strengthen US-South Korea ties and the two countries had agreed to coordinate closely on North Korea.

Biden and Moon also agreed on the immediate need for the restoration of democracy in Myanmar, the White House said, after the country’s army seized power on Monday.