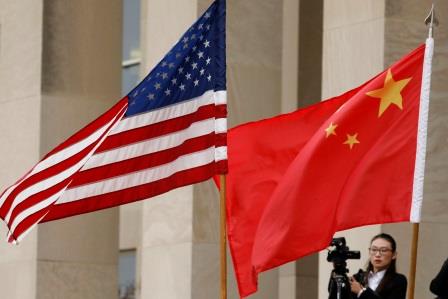 TAIPEI (TAIWAN) – A US warship sailed near the disputed South China Sea close to the Chinese-controlled Paracel Islands in a freedom of navigation operation, the US Navy said. This is the first such mission under President Joe Biden’s new administration.

The Southern Theatre Command of China’s People’s Liberation Army said the ship had entered into what it termed the territorial waters of the Paracels without permission, “seriously infringing upon China’s sovereignty and security”.

The United States was “deliberately disrupting the good atmosphere of the South China Sea of ​​peace, friendship, and cooperation”, it added.

China’s military condemned the move, saying it had dispatched naval and air units to follow and warn away the ship. They have been infuriated by repeated US sailings near the islands. China says it has irrefutable sovereignty and has accused Washington of deliberately stoking tensions.

The U.S. Navy’s 7th Fleet said the destroyer USS John S. McCain “asserted navigational rights and freedoms in the vicinity of the Paracel Islands, consistent with international law”. The same had transited the sensitive Taiwan Strait, drawing an angry response from Beijing, earlier this week.