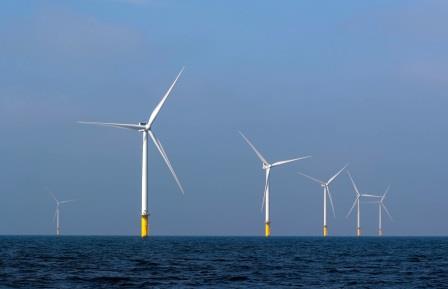 TOKYO (JAPAN) – Japanese trading company Mitsubishi Corp will sign a deal with Amazon.com Inc to provide it’s European facilities with renewable energy through its Dutch unit, Eneco, according to a business daily.

The move comes as Japanese trading houses have shifted focus to cleaner energy in an effort to move away from coal and other fossil fuels.

An offshore wind farm to be built by Eneco will supply 130 megawatts (MW) per year to multiple Amazon facilities, including its European data centre, the report said. Eneco plans to start operating the new wind farm in 2023.

Amazon, which delivers about 10 billion items a year and has a massive transportation and data center footprint, has continuously faced backlash from environmental activists and pressure from its employees to take action on climate change. It has vowed to be net carbon neutral by 2040.

Last July, a consortium between Eneco and Royal Dutch Shell, won a zero-subsidy tender to build a 750 MW wind farm in the North Sea off the coast of the Netherlands.