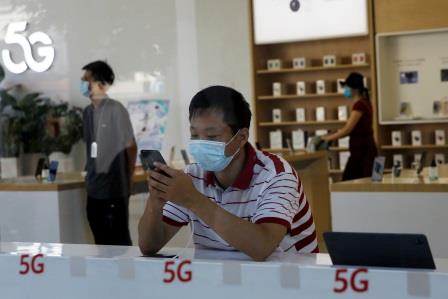 SHANGHAI (CHINA) – China’s smartphone shipments nearly doubled in January 2021 compared to a year ago when it was facing a COVID-induced slump.

Shipments of smartphones within China spiked 94.3% annually to 39.6 million handsets in January, according to the China Academy of Information and Communications (CAICT). The rising numbers have suggested that China’s smartphone sector has returned to its pre-pandemic levels.

Supply chain complications and consumer spending marred China’s smartphone sector as COVID-19 spread in 2020, but the sector has since bounced back along with a broader economy.

Analysts expect sales in China to largely recover in 2021, but expect US sanctions on Huawei Technologies Co Ltd, once the country’s top vendor, to weigh on overall smartphone shipments.

Huawei’s shipments to China fell 44% year-on-year in the fourth quarter of last year, according to data from research firm Canalys.

Apple Inc has been the main beneficiary of Huawei’s shortages to date, with its sales in China surging upon the release of its latest iPhone 12 series.

Android rivals Xiaomi Corp have also seen sales increase, but analysts say they must ramp up output to offset a fall in the production of Huawei’s high-end models.