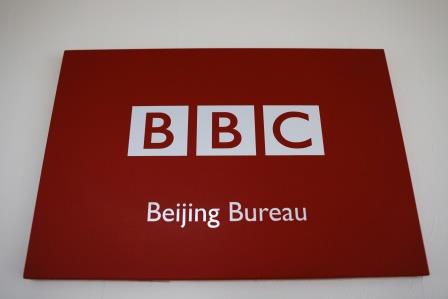 A placard with the BBC logo is seen outside their bureau in Beijing, China February 12, 2021. REUTERS/Carlos Garcia Rawlins

The Foreign Correspondents’ Club of China (FCCC) said it appeared that China was trying to force foreign media to follow the Chinese party line.

Before the ban, BBC World News had not been included in most TV packages in mainland China, but had been available in some hotels and homes.

“China has some of the most severe restrictions on media and internet freedoms across the globe, and this latest step will only damage China’s reputation in the eyes of the world.”