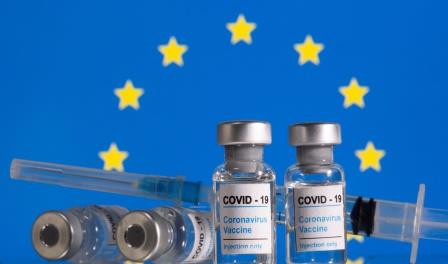 BRUSSELS (BELGIUM) – In a bid to alleviate concerts from global partners about the EU’s willingness to allow COVID-19 vaccines to leave its territory, the European Commission has approved all requests for the export of vaccines, including to Britain, the United States, China and Japan.

The move comes despite the 27-nation bloc having faced supply disruptions in vaccine deliveries.

The EU granted in total 37 authorisations for vaccine exports to 21 countries between Jan. 30 and Feb. 10, a spokeswoman said. The bloc had exported millions of vaccines to several countries including Britain, Israel, China and Canada before the monitoring scheme was set up, according to customs data cited in an EU internal document.

A second EU official said exports since the end of January concerned only vaccines produced by Pfizer Inc with BioNTech and Moderna Inc.

The bloc’s decision to register vaccine exports had caused a global outcry. It came after AstraZeneca Plc announced large delivery cuts to the EU, and had told EU officials it could not ship doses from factories in Britain because of obligations it had under a contract with the British government, EU officials said.

London has said it has no export ban in place for COVID-19 vaccines, but has repeatedly declined to comment on whether the contract it has with AstraZeneca prevents shipment of doses to the EU.