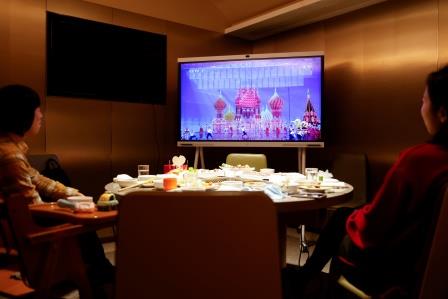 BEIJING (CHINA) – Chinese state broadcaster’s annual gala show to celebrate the Lunar New Year has stirred a controversy for broadcasting a performance having dancers dressed up to resemble Africans.

The show, which was broadcast on CCTV, featured performers on stage wearing outfits resembling African clothing and their skin was darkened with make-up. The four-hour show typically attracts hundreds of millions of viewers.

“Is there any difference between Chinese people doing blackface and white people slanting their eyes to make fun of Asians?”

In 2018, there was a controversy over a skit featuring actress Lou Naiming, who appeared on stage in colourful garb with her face and arms in a brown shade. She carried a fruit basket on her head and was accompanied by someone costumed as a monkey.

The show, which was beamed on Thursday, was criticised by organisations and advocates for Africans in China.

“While supporters of the practice allege that blackface centers on empathy & realism, it’s difficult to disassociate it from a long history of minstrelsy & fixation on problematic caricatures,” Black China Caucus, an activist group, tweeted.

“Next year, we hope organizers decide to end this practice & hire some of thousands of Black people living in many parts of China.”