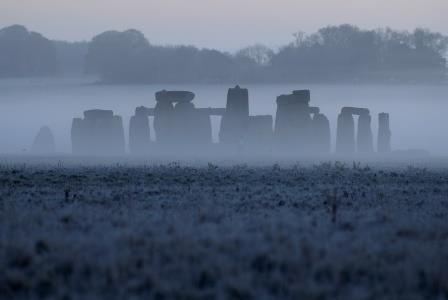 LONDON (UK) – After archaeologists unearthed remains of an ancient stone circle in Wales, they now believe to have discovered the origins of the Stonehenge.

A team of archaeologists in 2015 had already established some of the stones came from a quarry in the Preseli Hills on the western coast of Wales, more than 150 miles (250 km) away.

Now researchers at University College London say they believe some of the stones originally formed an even older monument in Wales. They have found significant links between Stonehenge and the site in Wales.

The Welsh circle has a diameter of 110 metres, the same as the ditch that encloses Stonehenge, and both are aligned on the midsummer solstice sunrise. At least one of the blue stones at Stonehenge fits one of the holes found at the Welsh circle.

Parker Pearson, a professor of archaeology at University College London, who led the investigation, suggests that as people migrated from Wales, the stones may have been moved, taking their monuments with them, and re-erecting them at Stonehenge. “It’s as if they just vanished. Maybe most of the people migrated, taking their stones – their ancestral identities – with them,” Pearson told the BBC.

The purpose of Britain’s most recognisable and mysterious landmarks, the standing stones at Stonehenge remains unknown.

The discovery will be explored in a documentary to be broadcast on the BBC on Friday evening.