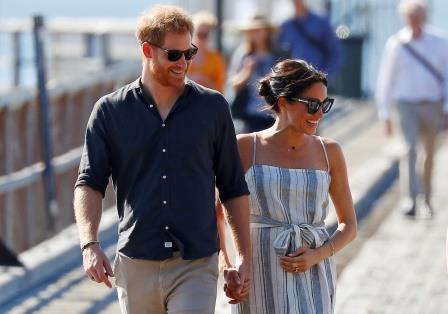 LONDON (UK) – Britain’s Prince Harry and his wife Meghan, the Duke and Duchess of Sussex, are expecting their second child.

The couple had stepped away from royal duties in January 2020 and moved with their first son Archie to Southern California.

“We can confirm that Archie is going to be a big brother. The Duke and Duchess of Sussex are overjoyed to be expecting their second child,” their spokesperson said.

The Valentine’s Day announcement was accompanied by a black and white photograph of a visibly pregnant Meghan lying on grass with one hand on her stomach and her head resting on the smiling prince’s leg. The photo was taken by longtime friend and photographer Misan Harriman.

Since ending their royal duties, Harry and Meghan have continued charity work and signed TV and other media deals, launching their debut podcast in December.