Nigerian woman to be the next WTO head 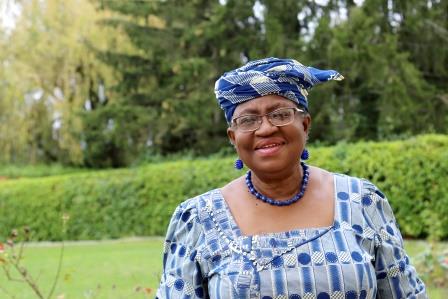 As director-general, a position that wields limited formal power, Okonjo-Iweala, 66, will need to broker international trade talks in the face of persistent US-China conflict; respond to pressure to reform trade rules; and counter protectionism heightened by the COVID-19 pandemic.

A 25-year veteran of the World Bank, where she oversaw an $81 billion portfolio, Okonjo-Iweala ran against seven other candidates by embracing a belief in trade’s ability to lift people out of poverty.

She studied development economics at Harvard after experiencing civil war in Nigeria as a teenager. She returned to the country in 2003 to serve as finance minister and backers point to her hard-nose negotiating skills that helped seal a deal to cancel billions of dollars of Nigerian debt with the Paris Club of creditor nations in 2005.

“She brings stature, she brings experience, a network and a temperament of trying to get things done, which is quite a welcome lot in my view,” former WTO chief Pascal Lamy told media. “I think she’s a good choice.”

Key to her success will be her ability to operate in the centre of a “US-EU-China triangle”, he said.

The endorsement of the Biden administration cleared the last obstacle to her appointment.

Okonjo-Iweala becomes one of the few female heads of a major multilateral body. She is expected to join the WTO’s Geneva lakeside headquarters within weeks where her portrait is set to be hung beside others of men, mostly white and from rich countries.