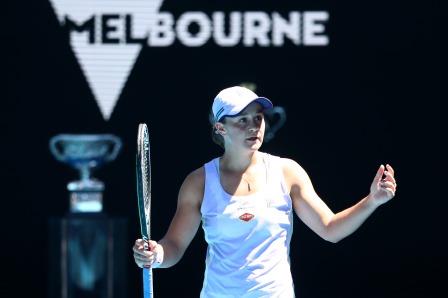 MELBOURNE (AUSTRALIA) – World number one Ash Barty, who was ousted from the Australian Open with a quarter-final defeat, has decided to use a wild card to defend her title at the WTA 500 event in Adelaide next week, organisers said on Friday.

The 24-year-old Australian will be the top seed at the event scheduled to be held from Feb. 22-27, at the Memorial Drive Tennis Centre in South Australia.

“I am looking forward to coming back to Adelaide and having the opportunity to defend my title,” Barty said in a statement.

“I feel grateful to get another week playing in front of Australian fans.”

Barty, who lost to Czech Karolina Muchova on Tuesday at Melbourne Park during the year’s first Grand Slam, is then expected to head to the Middle East next month to play WTA events in Doha and Dubai.