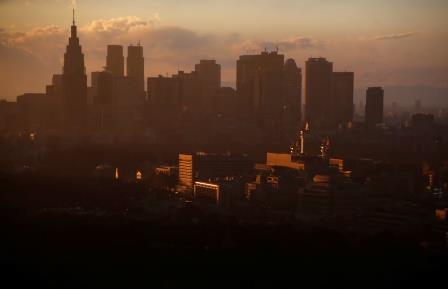 TOKYO (JAPAN) – Japan’s government cut its view on the overall economy in February for the first time since April last year. The government slashed its assessment on consumer spending for a third straight month, saying it has shown weakness recently, as people avoided eating out and travelling.

But it raised its view on capital spending for a second consecutive month, saying it has been “recovering recently”, reflecting an improvement in core machinery orders.

Analysts expect the world’s third-largest economy to shrink in the current quarter as renewed COVID-19 restrictions in Tokyo and some prefectures have begun to affect business activity and household spending.

“The economy shows some weakness though it continued picking up amid severe conditions due to the coronavirus,” the government said in its economic report for February.

The government is also upgraded its assessment on corporate profits for the first time in two months as they were “picking up while weakness is seen in non-manufacturers” due to the impact from the pandemic.

Economy Minister Yasutoshi Nishimura said on Friday that Japan’s output gap in October-December was likely around 20 trillion yen ($189.79 billion), compared with over 30 trillion yen in July-September.

“Now is the time for fiscal spending and the government must commit to preventing a return of deflation,” he told a news conference.

He said the output-gap official figure will be released next week.

The government estimates the economy will expand 4.0% in the next fiscal year starting in April, after an expected 5.2% fall in the current fiscal year to March.

Thanks to steady demand for communication devices, the government raised its outlook on imports for the first time in two months.

Japanese stocks rose to a 30-year high this week as progress in the distribution of coronavirus vaccines boosted expectations for a global economic recovery.