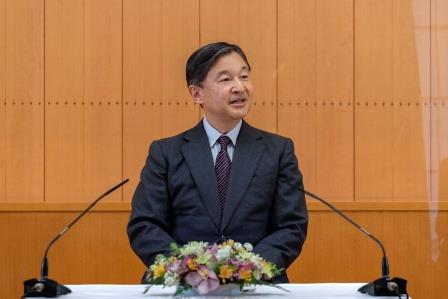 TOKYO (JAPAN) – During an address to mark his 61st birthday on Tuesday, Emperor Naruhito said he was anticipating a “bright future” as Japan began its coronavirus inoculation programme.

“Fortunately, the number of new infections appears to be declining nationwide. Furthermore, coronavirus vaccinations have started,” Naruhito said, speaking to reporters at the imperial palace from behind a large transparent partition.

“I look forward to a bright future ahead, as our people overcome the coronavirus crisis by sharing the pain and helping each other, ” Naruhito said.

Naruhito, the grandson of Emperor Hirohito in whose name Imperial troops fought World War Two, is Japan’s first monarch born after the war. He ascended the throne in 2019 after his father, Akihito, abdicated.