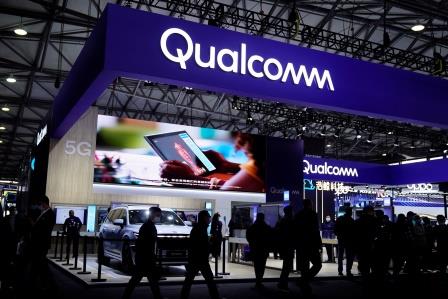 BENGALURU (INDIA) – Bharti Airtel Ltd and US chipmaker Qualcomm will come together for 5G services in India, as the world’s second-largest telecom firms market gear up to usher in the latest generation of wireless networks.

Airtel said that it will use Qualcomm’s Radio Access Network platforms, which runs services on the cloud, to roll out 5G networks in the country.

“This collaboration … aims to allow a faster rollout of broadband services … across India for “last mile” connectivity challenges that are becoming increasingly important in today’s remote, mobile-first society,” Airtel said.

Although the need for high-speed internet has been highlighted in the pandemic-led work-from-home year, India’s 5G ambitions have been buffeted by delays in auction of airwaves that support the technology.

Concerns have also been raised by telecoms about the high pricing of spectrum in India.

While the country is set to auction some airwaves in March, bands that support 5G will only be auctioned sometime in the next six months, the Parliamentary Standing Committee on Information Technology said in a report on India’s 5G preparedness.

The technology ultimately promises internet speeds up to 20 times faster than existing networks.

Jio has previously said it built an in-house 5G solution and is ready to roll out services as soon as airwaves are made available. Parent Reliance last year raised about $97 million from Qualcomm for its digital unit that houses Jio.

Still, Airtel has seen gains in market share faster than billionaire Mukesh Ambani’s Jio over the last few months of 2020, according to regulatory data.

Airtel’s tie-up also comes after Indian government officials expressed concerns over mobile carriers’ use of telecom gear from Chinese telecom equipment maker Huawei, which has been accused of spying by the United States.