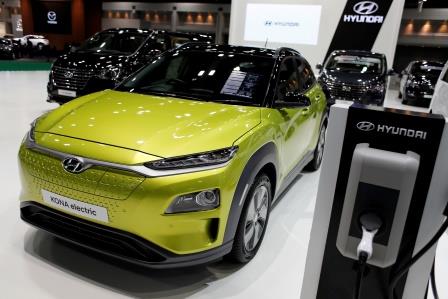 The recall is to replace the vehicles’ battery systems and applies to 25,083 Kona EVs, starting March 29, the ministry said in a statement.

This is the second time Hyundai is recalling the Kona, its best-selling electric vehicle and follows a decision by South Korean authorities this year to launch a probe into whether the previous recall was adequate. The first recall occurred in October after a series of fires but in January one of the recalled vehicles caught fire.