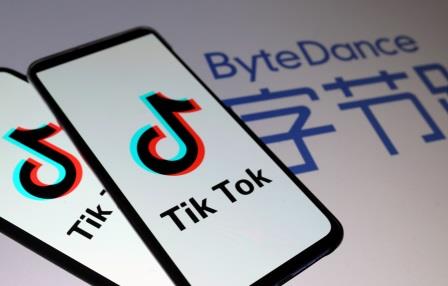 FILE PHOTO: Tik Tok logos are seen on smartphones in front of a displayed ByteDance logo in this illustration taken November 27, 2019. REUTERS/Dado Ruvic/Illustration

BEIJING (CHINA) – Hit short video app Tik Tok will receive it’s first senior R&D position as Beijing-based parent company ByteDance plans to move the chief of its Chinese news aggregator Jinri Toutiao, Zhu Wenjia, to Singapore to take on the role, said sources. Zhu will be in charge of the app’s product and technologies including its recommendation algorithms, the people said. His position will be parallel to TikTok’s interim head, Vanessa Pappas, and will report directly to ByteDance founder and Chief Executive Zhang Yiming, they said.

TikTok had come under pressure from the Trump administration in the United States to divest the app’s US operations over concerns that user data could be passed on to China, which TikTok has repeatedly denied.

Media reports last year said that TikTok had moved its key research capabilities outside China and had approached employees from tech giants like Google for a senior engineering role.

US investors, including Oracle Corp and Walmart Inc, have discussed with ByteDance taking a majority stake in TikTok’s American operations.

The White House under Biden has said it is keeping risks TikTok may present to US data under review, but stressed it has taken no new “proactive step” relating to the pending TikTok deal, according to media reports.

“With Trump now out of office, and the new Biden administration focused on urgent matters like the pandemic and the economy, I think TikTok has more leeway to make strategic, rather than reactive, decisions,” said Mark Natkin, managing director of technology consulting firm Marbridge Consulting.

Kevin Chen, a former Didi Chuxing executive who recently joined ByteDance, will replace Zhu as Toutiao’s new CEO, the sources said, adding that the personnel changes have not been internally announced and are still subject to change.

Zhu, now based in Beijing, joined ByteDance in 2015 and became Toutiao’s CEO in 2019. Prior to ByteDance, he worked as an architect at China’s search engine giant Baidu.