Iraq’s scattered Christians face tough choice, they ask ‘should I stay or go?’ 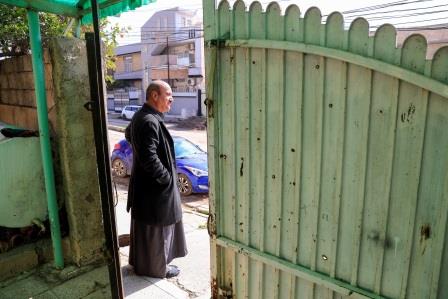 MOSUL (Iraq) – The stark choice facing many Christians in Muslim-majority Iraq will be highlighted during the first ever papal visit to the Biblical nation. Pope Francis’s trip runs from March 5-8 and will include a stop in Mosul.

Iraq’s Christians have endured unrest over centuries. However, a mass exodus began after the US-led invasion of Iraq in 2003 and accelerated during the reign of Islamic State, which brutalised minorities and Muslims alike.

Hundreds of thousands fled for nearby areas and Western countries.

Across Iraq’s northern Nineveh Plains, home to some of the oldest churches and monasteries in the world, the remaining Christians often live displaced in villages that fell easily to Islamic State in 2014 or in enclaves of bigger cities such as Mosul and the nearby self-run Kurdish region.

The Islamists’ rule over almost a third of Iraq, with Mosul as their capital, ended in 2017 in a destructive battle with security forces.

Christians say they are left with a dilemma – whether to return to damaged homes, resettle inside Iraq or migrate from a country that experience has shown cannot protect them.

Iraq’s indigenous Christians are estimated to number around 300,000, a fifth of the 1.5 million who lived in the country before the 2003 invasion that toppled Sunni Muslim leader Saddam Hussein. Christians were tolerated under Hussein, but singled out for kidnappings and killings in the communal bloodshed of the mid-2000s onwards.

The experience of Islamic State, which told Christians to convert, pay a tax or be killed, and the inability of Iraqi and Kurdish security forces to prevent the group marauding through their hometowns, has left many Christians distrustful of any but their own.

Pope Francis is to visit Iraq on an historic trip that eluded his predecessors. He will say a prayer for the victims of conflict at a site in Mosul where old churches lie in ruins, once used as religious tribunals by Islamic State.

Christians welcome the visit, but do not believe it will improve their lot.

China’s Huawei plans venture into EVs amid crippling US sanctions

Olympics: Organisers to select at least 11 women to join board

Olympics: Organisers to select at least 11 women to join board