US launches air strikes against Iranian-backed militants in Syria: Pentagon 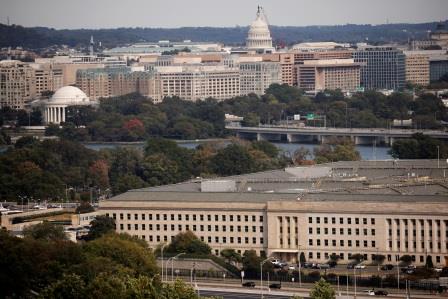 WASHINGTON (US) – President Joe Biden on Thursday approved US military air strikes in eastern Syria against facilities belonging to what the Pentagon said were Iran-backed militia, in a calibrated response to rocket attacks against US targets in Iraq.

Biden’s decision to strike only in Syria and not in Iraq, at least for now, also gives the Iraqi government some breathing room as it carries out its own investigation of a Feb. 15 attack that wounded Americans.

The strikes appeared to be limited in scope, potentially lowering the risk of escalation.

“President Biden will act to protect American and Coalition personnel. At the same time, we have acted in a deliberate manner that aims to de-escalate the overall situation in both eastern Syria and Iraq,” Kirby said.

He added that the strikes destroyed multiple facilities at a border control point used by a number of Iranian-backed militant groups, including Kata’ib Hezbollah (KH) and Kata’ib Sayyid al-Shuhada (KSS).

It was not immediately clear what damage was caused and if there were any casualties from the US strike.

Under the Trump administration, the escalatory back-and-forth stoked tensions, culminating in the US killing of Iranian military leader Qassem Soleimani and a retaliatory Iranian ballistic missile attack against US forces in Iraq last year.

China’s economy could pick up 8-9% this year: central bank adviser