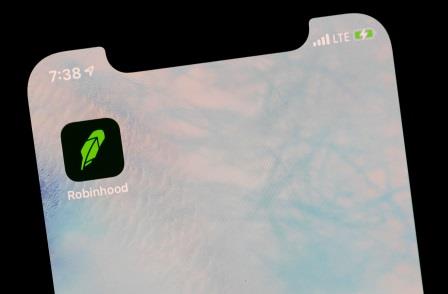 FILE PHOTO: The Robinhood App is displayed on a screen in this photo illustration January 29, 2021. REUTERS/Brendan McDermid/Illustration

Online brokerage Robinhood, at the centre of this year’s retail trading frenzy, is planning to file confidentially for an initial public offering as soon as March, Bloomberg News reported late on Friday, citing sources.

The California-based brokerage has held talks in the past week with underwriters about moving forward with a filing within weeks, the report said.

Robinhood was at the heart of a mania that gripped retail investors in late January following calls on Reddit thread WallStreetBets to trade certain stocks that were being heavily shorted by hedge funds.

The online brokerage tapped around $3.4 billion in funding after its finances were strained due to the massive trading in shares of companies such as GameStop Corp.