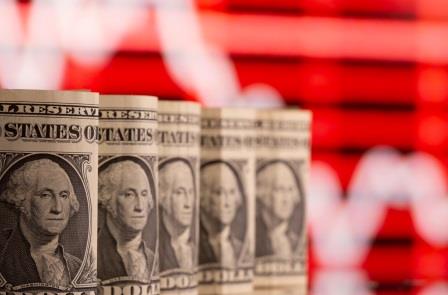 LONDON (UK) – As US Treasuries recovered from last week’s losses, the Australian dollar and other riskier currencies rebounded against the US dollar on Monday.

“The bond market and risk assets are showing signs of stabilisation after the big sell-off last week”, ING analysts commented, expecting that “the dollar’s corrective rally should pause for breath”.

Equities and commodities sold off last week as the debt rout unsettled investors and lifted demand for safe-haven currencies, including the U.S. dollar. [MKTS/GLOB]

The Reserve Bank of Australia will hold its monthly policy meeting on Tuesday, and markets expect it to reinforce its forward guidance for three more years of near-zero rates.

The dollar index rose 0.26% to 91.02 after posting its biggest surge since June on Friday.

Pressure has been mounting on the European Central Bank to act against rising yields in the euro zone. Traders will focus on a speech later this afternoon by President Christine Lagarde.

“There is little doubt in my mind that central banks will eventually lean quite hard against a sustained rise in yields. They simply can’t afford to see it happen with debt so high”, Deutsche Bank strategist Jim Reid told his clients in a morning note.

The British pound drew additional support from bets on a faster vaccine-led economic recovery. Resurgent risk appetite pushed the safe-haven Japanese yen to a six-month low versus the dollar.