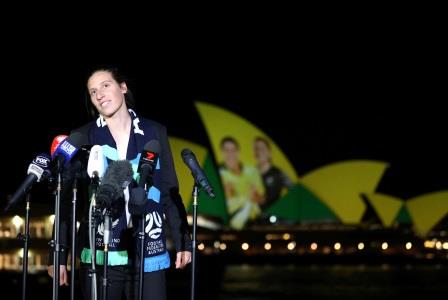 Rebekah Stott, the New Zealand and Brighton & Hove Albion defender has been diagnosed with stage 3 Hodgkin’s lymphoma, a type of cancer, and will need to go through four months of chemotherapy, she said on Wednesday.

The 27-year-old got her medical reports while in quarantine in England but returned to her home in Australia last month to seek treatment.

Stott represented Australia at the youth level before playing for New Zealand, the country of her birth, at the senior level. She won the W-League title three times with Melbourne City from 2016-18.

“I knew there was something not right. I had two big lumps on my neck that were growing,” Stott, who has 71 caps for New Zealand, said in a video on Twitter.

“I was actually in quarantine when I got the results that I had been diagnosed with Hodgkin’s lymphoma.

“I know it’s not going to be easy but I really want to go through this with a positive attitude and try and encourage and inspire others to be able to do the same.”