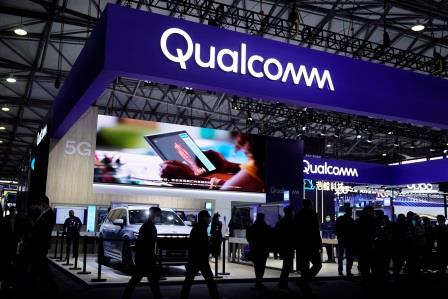 Wireless headphones have become one of the iPhone maker’s fastest-growing segments. Many special features of Apple’s AirPods, such as ease of pairing with phones and the ability to share audio streams from a phone with other Apple users, come from special chips that Apple puts in its phones and headphones that help them communicate with one another.

Qualcomm released a line of chips designed to enable a similar level of integration between Android phones, where it has a large share of the market for processing chips, and third-party headphones from audio-focused brands such as Audio-Technica Corp.

“The challenge in the Android ecosystem is that it’s not as closed or vertically integrated as the iOS ecosystem. It’s very fragmented,” said Rahul Patel, senior vice president and general manager of Qualcomm’s connectivity chip unit. “We want to enable (audio companies) to work seamlessly with Android products.”

Qualcomm said Audio-Technica and Xiaomi Corp would be initial customers for the chips, with phones and earbuds featuring them expected this summer.