Sundar misses out on his maiden test century 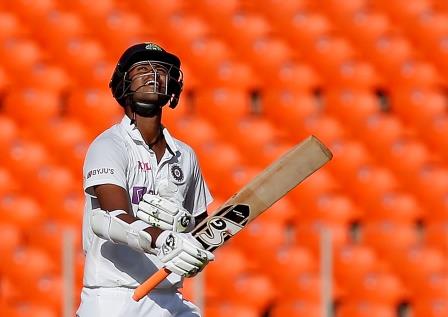 AHMEDABAD(INDIA ): Despite being featured in two century-plus partnerships, consolidating India’s position in the fourth and final test against England, Washington Sundar missed out on his maiden test hundred by four runs.

Sundar was batting on 96 when India lost their last three wickets in five deliveries to be all out for 365 for a handy first innings lead of 160 runs.

England were six for no loss at lunch on day three, still 154 runs behind.

Sundar’s 113-run partnership with centurion Rishabh Pant had tilted the game in India’s favour on Friday and the all-rounder forged another century-plus stand with Axar Patel to put India in charge.

The left-handed duo of Sundar and Patel treated seamers James Anderson with caution, reserving their aggression for the spinners.

Sundar hit off-spinner Dom Bess over his head for a six, while Patel charged down the track to subject left-arm spinner Jack Leach to a similar treatment.

The eighth wicket partnership had yielded 106 runs when Patel was run out for 43.

Ben Stokes (4-89) dismissed Ishant Sharma and Mohammed Siraj in the next over to leave Sundar stranded four runs away from a first test century.