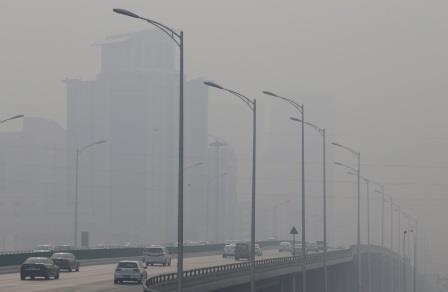 SHANGHAI (CHINA) – China should speed up development of nuclear power to help meet Beijing’s pledges to bring greenhouse gas emissions to a peak before 2030 and become “carbon neutral” by 2060, according to industry delegates at the annual session of parliament.

China said in its 2021-2025 five-year plan released on Friday that it would raise total nuclear capacity to 70 gigawatts (GW) by the end of 2025. Capacity reached 51 GW at the end of last year, falling short of its 58 GW target.

But Luo Qi, an expert with China’s Atomic Energy Research Institute and member of parliament’s advisory second chamber, warned that current targets did not match the country’s climate ambitions, and construction should be stepped up.

“By 2035, nuclear plants in operation should reach around 180 gigawatts, amounting to 5% of total capacity,” he said in a proposal published by the state-owned China National Nuclear Corporation (CNNC).

Gu Jun, CNNC’s president and member of the National People’s Congress, said the company was pushing for the “accelerated development” of the sector and the “bulk construction” of China’s homegrown reactor design, known as the Hualong One.

China’s first Hualong One was completed and connected to the grid last year, and according to industry officials, at least six new units should be commissioned every year to benefit from economies of scale.

The country’s nuclear sector has been hit by long construction delays at high-profile projects, concerns over costs and a slowdown in new approvals following the 2011 Fukushima disaster in Japan.

China’s energy regulator acknowledged in January that concerns about “quality management” needed to be addressed, noting that some reactor projects had been launched without adequate preparation.

Other experts attending parliament said China needed to improve communications with the public about the safety of nuclear power, and should also promote the use of nuclear power in residential heating, CNNC said.