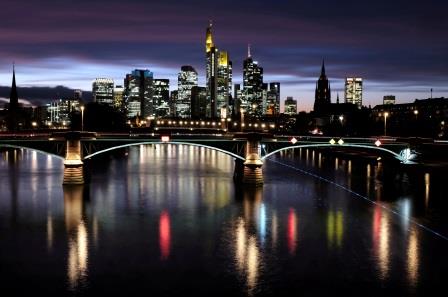 FILE PHOTO: The skyline with its financial district is photographed during sunset as the spread of the coronavirus disease (COVID-19) continues in Frankfurt, Germany, October 26, 2020, REUTERS/Kai Pfaffenbach

BERLIN (GERMANY) – Buoyed by robust trade with China in a positive start to the year for manufacturers, German exports unexpectedly rose in January.

Seasonally adjusted exports increased 1.4% on the month after an upwardly revised increase of 0.4% in December, the Federal Statistics Office said on Tuesday. Imports fell 4.7% after showing no change in the prior month, an upward revision.

“Net exports will thus be able to partially offset losses in private consumption in the economy as a whole – but not completely. On balance, the German economy will shrink in the first quarter,” he said.

Most economists expect the economy to shrink in the first three months of the year, before rebounding in the second.

Recent German data has painted a picture of a two-speed economy in which export-oriented manufacturers are doing well while domestically driven services are suffering under lockdown measures imposed in early November and tightened in mid-December to contain a second wave of coronavirus infections.